Mosėdis: The Museum of Rare Stones & The garden of Intas

Long story short, Mosėdis is a town in Western Lithuania that has just over 1 thousand residents. It is 17km away from my hometown Narvydžiai, 17.4km from Lenkimai, 52.6km from Palanga, and 15.9km from the ancient Mound of Apuole, places my husband and I have mentioned before.

Tour guides like to introduce Mosėdis as 'the Capital of Stones'. The main reason for that is, it has a so-called Museum of Rare Stones which was established by Doctor Vaclovas Intas (1925-2007).

Doctor Intas loved traveling and brought many plants that had not grown there before from places far far away. The whole establishment stretches across the valley of roughly 8 hectares. Currently, the museum exhibits more than 150 thousand stones and pebbles.

The uniqueness of this can not be described and it has to be seen. Without any delay, I invite you to a virtual tour of The Museum of Rare Stones & The garden of Intas. 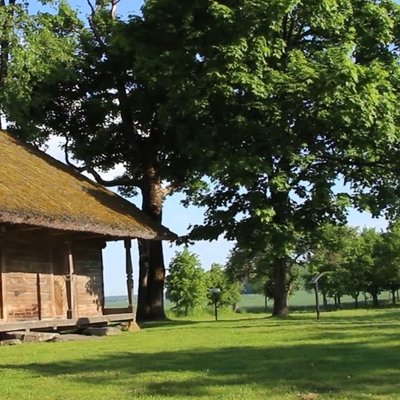 Lithuanian wooden architecture: The remains of the last century

This ’Klėtelė’ is located a few kilometers away from the town of Lenkimai. Word ’klėtelė’ is just one of the old ways to say ’little barn’. This[...] 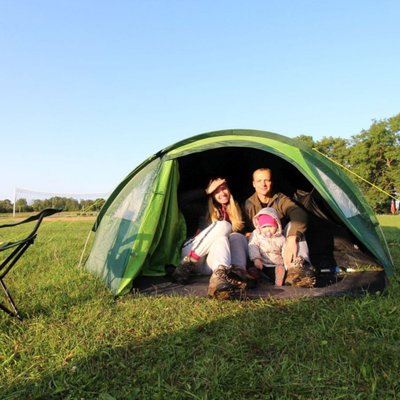 As strange as it may sound, nothing feels as cozy as the good old tent. I remember when my husband and I lived in Denmark for over 6 months. We[...]

Narvision: The sea of sow thistles

You might have two questions: where is this Harry-Potter-sounding place called Narvision located and how the heck did she find the drone controller after filming herself in such a wast field. Short answer: officially such name of a place doesn't exist and no, I could not find the drone controller. Well, at least for a while... The real name of the

The mound of Ekete: It's where the warriors lived!

Here is some travel advice to those who dare to explore the depths of Lithuania. I'm not saying there is something wrong with partying all day and all night at the craziest clubs and pubs in Vilnius or baking in the sun on one of the golden beaches of Neringa. It's perfectly fine. However, if you want to taste the essence of this ancient land, you

Hanging bridges of the Minija River

The difference between standard bridges and hanging ones is that hanging bridges are moving. When you try to cross them it feels like they are alive. The Minija River is 202-kilometer long and it has a few of these beauties. While my daughter was having some fun time with her dad, I visited 4 of them. All of these bridges are located in Klaipėda co